How to See Airplane Traffic in the Sky 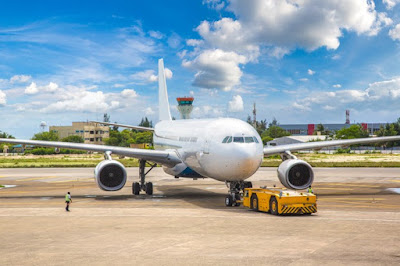 During this time you may not be able to monitor the movement of the aircraft and which paths it passes through while in the air. But with this app, you can find out the air traffic conditions like a pilot or ATC (Air Traffic Control) officer.

One of them is Flightradar24. With this app, you can monitor air traffic and track the position and movement of all planes around the world in real-time.

You can even see the route, speed and altitude of each aircraft that is flying. Estimated arrival time can also be monitored.

Flightradar24 collects the aircraft's data from the FAA and the Automatic Dependent Surveillance-bBoadcast (ADS-B) system, to then create the visuals so that people can use them. While the location of the aircraft is known from gps navigation sources (satellites).

The position of the aircraft in real time is marked in yellow, while the orange plane is updated every 5 minutes. If one of the aircraft is clicked, full flight info data will appear with the airline number, route, altitude, speed, up to latitude and longitude position.

The app also has an augmented reality feature where users can feel the atmosphere in the cockpit like a pilot. This app is available for iOS, Android, Windows Phone, Windows 8, Mac and Amazon based devices.